We love to share lots of great ideas about how to save money. Angela from Savvy Mom Finds recently shared with us how her family saves over $600 a year! We hope her post below will inspire you to do the same!

Photo Credit: stock.xchng
Angela says: Even though we’re a thrifty family by nature, I’ve found that it’s always a good idea to regularly review our budget to see if there’s something else that can be trimmed. Situations change, expenses creep in, and if we don’t stay on top of things, our savings rate isn’t what it used to be. It happens to the best of us.

So this summer, we decided to take a long, hard look at our satellite television bill. Aside from the occasional dinner out, it was probably our most extravagant regular expense. It was hardly a budget-breaker, but we had to re-evaluate whether it was really worth the money. We don’t watch that much TV, probably about an hour a night after the kids go to bed, and it’s usually regular network television. So the $60-per-month satellite/TiVo programming we’d been buying had really become a waste of money.

The only reason we had satellite was for the kids’ channels and our beloved TiVo service. The kids already watch too much television — now they’re content with over-the-air programming: Dinosaur Train and The Electric Company on PBS or Dora and Diego in Spanish on our local Univision affiliate (reinforcement for the Spanish they’re learning in school!). As for the TiVo, our love affair was with the ability to record and watch our favorite shows at our leisure, but Internet TV has advanced so much, that for us, it’s a viable replacement for the TiVo.

We happened to have a computer at the house that would do the job, so there wasn’t a significant investment for us. But for about $400, you can buy a computer (no monitor) with the video requirements to send a quality, high-definition picture to the TV.

For our internet connection, DSL Lite just wouldn’t do. High-speed access is a necessity in order to get quality video without interruptions. A 3 Mbps connection costs about $40 per month. Since my husband is a techie, and to him, internet access ranks up there with necessities such as food and shelter, we were already making room for the upgraded connection in our budget. So, there was no additional expense for us.

We did have to buy a wireless mini-keyboard and mouse. There are lots of models available in every price range, but for my techie husband (he really doesn’t ask for much), we opted for a fancier model, the Logitech diNovo Mini, and tracked the online deals to score the best price ($120 at the time). It’s so small, it’s almost like a hand-held remote control for the computer. 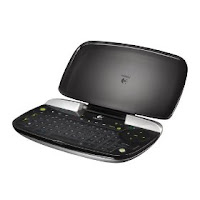 So now that the equipment is hooked up, where do we find the shows? All the major networks offer programming online, and there are aggregator sites that consolidate some of the content. Unfortunately, not every show is available, and some networks offer more programming than others; but here are some of our favorites:

In order to watch Internet TV, we had to download special players, but it wasn’t a major inconvenience. We do miss the TiVo’s 30-second skip through commercials, but for a savings of $720 per year, I’ll suffer through the occasional advertisement. Of course, we could always upgrade the computer to record over-the-air programming like a DVR (and regain our ability to skip commercials), but we aren’t ready to shell out money for that yet.

Since we canceled the satellite service, we decided we could splurge for a Netflix subscription. For less than $10 a month, we can watch unlimited movies and TV shows on demand with the Netflix WATCH INSTANTLY feature. We can also check out one DVD at a time. It’s been nice to see the new releases on DVD — we hadn’t really rented a movie in years because we couldn’t justify the expense (almost $5 for one movie — no way!). Not to mention, we don’t go to the movies, either, because movie theaters, likewise, don’t fit our budget.

Bottom line: our annual savings by canceling the satellite and subscribing to Netflix is just over $600 a year. How much could you save if you canceled your pay TV service?

Want more information about ditching the dish and making the switch? Check out these two articles for more insight:

Angela is the author of Savvy Mom Finds, where she shares her favorite tips, tricks and fabulous finds to help you save money.

Jaime is a married mom of 2 young & energetic boys. A few years ago, she made the difficult decision to leave a job she loved to stay at home with the kids - but soon realized her TRUE passion was to be at home with her kiddos & helping others save money. Now she shares the hottest freebies, coupons & deals here at Coupons & Freebies Mom.
© 2018 Coupons and Freebies Mom, LLC
All Rights Reserved